The Evolution of Technology in Today’s World

The Evolution of Technology in Today’s World

How has technology changed our behavior?

Technology is advancing at an amazing Rate, with no sign of slowing down. Through the various industries and markets, technology has helped us all to work smarter and be more productive.

Not only are we working smarter, but it seems like we are communicating more efficiently. We are becoming much more productive in how we do things. Technology has become an major influential factor in our everyday lives, and people simply can’t live without it. Today, it’s a rarity for someone to leave the house without their mobile phone. And if they did, you would see them quickly scurry home to grab it.

New-age technology has enabled us to communicate with people thousands of miles away through the simple click of a button. Who would have thought 30 years ago that we’d advance at the rate we have?

In preparation to write this article, I’ve read quite a few “studies” on the time we spend on the internet. Did you know the average adult now spends over 20 hours online a week. People are spending twice as much time online now, as they did 10 years ago. This change in behavior has been attributed to easier access to mobile devices. As well as to an increasing number of people using them. Some teens  even manage to spend up to 9 hours a day online. Go figure…

As an older guy (just pushing past 50) I’ve been lucky enough, and unlucky enough, to see many of these changes first hand. There is a level of communication that is surpassing anything we have seen before. This Allows us to stay in touch with family. Meet new people in different parts of the world. As well as to just “connect” with some amazing people.

But… Experience has also taught me that some people are more aggressive, rude, and “forthright” online. Simply because they’re anonymous and can act as unpleasantly and with as much rage as they like without immediate consequence.

One of the explanations for all this rage comes from what is referred to as the ‘internet minute.’ Time passes more quickly online . While an observation, or negative comment can be made in a flash. Its effects continue long after that person’s rage or indignation passes. The internet is so reactive and fast-paced that comments can easily snowball and create virtual storms, fast.

The make-up of the internet and social media, in particular, is the perfect storm. When it comes to facilitating socially inappropriate discussions. It is often anonymous. So people feel they can say things they wouldn’t dare to say face-to-face and get away with it. This dis- inhibition thrives because it is easy to avoid the natural consequences of such a barrage of vile words. (i.e. a punch in the face).

Then there are the Internet warriors; those with an itch to scratch “a personal cause”. Those who feel left behind by offline society. Online platforms are their tools of choice to express their opinions. The aggression shown is a response to the very loud and exaggerated world of social media.

What effect is this new technology having on our brains?

Well, as you know here are two sides to every story. With new technology, there’s the good and the bad. Technology has eroded the social skills of many teenagers due to the influx of smartphones and tablets. Attention spans among teenagers are declining, according to a study made by the University of Michigan. The study found a 40% decline among students in every definition of empathy among college students. This was compared with their counterparts

20 years previous, with the biggest decline coming after the year 2000.

Leon Watson of The Telegraph is quoted as saying that “even a goldfish can hold a thought longer”.

Here is a simple list of the advantages I see in Technological advancement. (just so you don’t think I’m a glass half empty kinda guy)

As I’ve written above. There are some nasty side affects to everyone having access to all this terrifying and awesome technology. I’ve even said that our teenagers are getting less attentive. As a result being less able to deal with the real world as they lack the skills. This is due to the “short cuts” that technology gives them. But, are these shortcuts all bad??

Some people have argued that educational technology impairs student learning. They point to research (as I did above) showing that technology distracts students, harms social development, and causes attention issues. A number of studies have shown that technology- infused learning can lead to negative student outcomes. In one recent analysis, middle school students who took online classes scored far lower than their peers.

On the other side of the technology debate. Advocates point to research on how devices can tailor learning experiences. As well as structure classroom time more effectively, facilitating more active

learning. These proponents point to a significant body of research as well. Recent studies on computer-based tutoring demonstrate that some educational software can be just as effective as a human tutor…

As you can see:

The debate over educational technology isn’t black and white. Context makes a tremendous difference! Students can use technologies such as a tablet or the Internet in so many different ways. It can be hard to say that technology will — or will not — improve learning. Are students using devices to perform research? Take notes? Play games? In this sense, learning technologies are tools; and like any tool they can be used effectively or ineffectively.

Technology has the power to do great things. Therefore as a society, we need to use it wisely to create and promote good in the world. It takes Real leaders to educate us on how to best leverage tech.

Similarly, collaboration of our friends, family and communities need to ensure we balance the real world with the internet world. 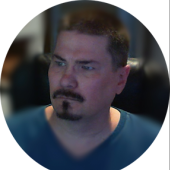